Staff Log-InCareers
CONTACT US
Please call our office before coming in if you have fever AND cough OR recent travel OR direct COVID-19 exposure!! 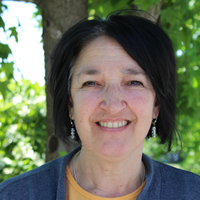 Prior to joining Capital Area Pediatrics, Carolyn was employed in a private practice in Loudoun County and worked in the pediatric clinics of the Arlington and Alexandria Health Departments. Prior to that, she earned her Master of Science in Pediatric Nursing from Boston College. She began her professional career in Boston, where she worked for nine years at Boston's Children's Hospital in various clinical areas. Carolyn is originally from Central Virginia. Her undergraduate work was done at S.U.N.Y. in Plattsburgh, New York, where she earned a Bachelor of Science in Nursing, with minors in Spanish and nutrition. She is active in the national and state Pediatric Nurse Practitioner organization, and her hobbies include foreign language (advanced Spanish), music and outdoor activities.

Your form has been successfully submitted!

We will be in touch with you if additional information is needed.