We are flooded with visits and requests! Sick visits, well and camp visits, COVID guidance, and more!

We apologize our phones are busy.

Please utilize the portal to send a non-urgent message to your provider. 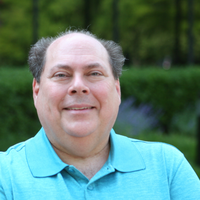 William Incatasciato, or "Dr. Bill," is board certified in pediatrics and has been with Capital Area Pediatrics since 1995. Dr. Bill served his pediatric residency at Georgetown University Hospital in 1994 and then continued for another year as Chief Resident at Arlington Hospital (now Virginia Hospital Center) until 1995. Prior to that, he received his medical school degree from the University of South Florida College of Medicine in 1991. His dual degrees in microbiology and chemistry were earned from Florida Atlantic University in 1987. Dr. Bill speaks Spanish and Italian. He currently writes for Washington Parent magazine and serves as the "pediatric guru" for I Am Modern magazine and website. In addition, he often gives talks and seminars, including "Babyhood: The First Two Weeks... " which is held monthly at the local Babies 'R Us. Dr. Bill has served on many boards and committees, such as the Northern Virginia Pediatric Society and the Children's Hospital Medical Network for the Children's National Medical Center in Washington, D.C. He is also a clinical instructor for the Georgetown University pediatrics program. Dr. Bill is active in his community through the Jaycees organization, through which he volunteers for many charities. He and his family reside in Leesburg. He enjoys exploring nature, model rocketry, travel, stamp collecting and fossil hunting.